An online article claims that teenage climate activist Greta Thunberg is going on hunger strike until US President Donald Trump is removed from office. The article is headlined: “Greta Going on Hunger Strike Until Trump is Removed”. It was published on a website called “News Leno”.

The article reads in part: “At 16, she travels the world, speaking out personally against inaction to global climate change. She famously gave an earful to the gathered United Nations, accusing them uncaringly poisoning her generation. She was just recently named Time Magazine’s ‘Person of the Year.’ And now, in a show of defiance to fight against who she refers to as : ‘The American face of ignorance and irrationality’, Greta Thunberg is going on a hunger strike until it is confirmed that Donald Trump is removed from the position of President of the United States.”

Below is a screenshot of the misleading article: The claim is false; the story originated on a parody website.

The text in the “News Leno” article corresponds with this article published on BustaTroll.org on December 12, 2019, at least five days before the misleading posts emerged.

The text in the two articles is 100 per cent identical, according to this assessment by text comparison tool Copyleaks.

BustaTroll.org explains here that “everything on this website is fiction.” The article has also been tagged as “Impeachment Satire.”

Below is a screenshot of the BustaTroll.org article with the same headline: 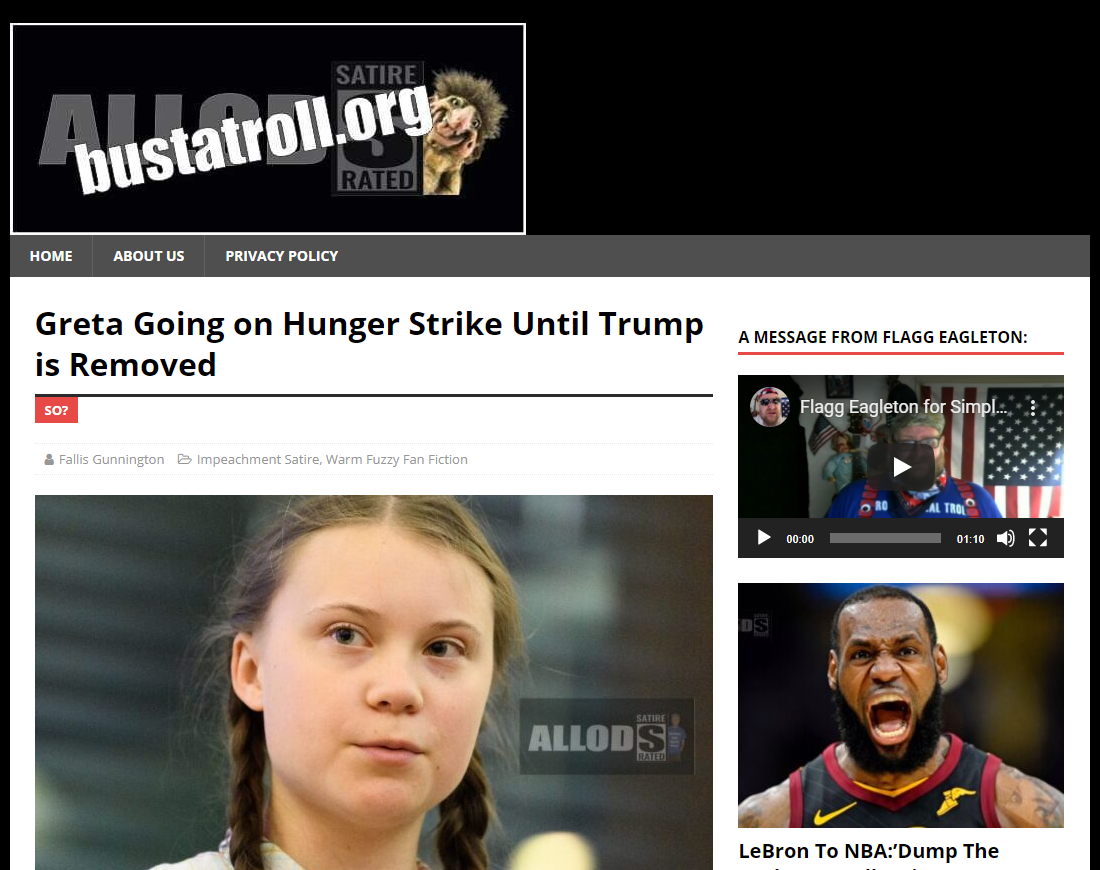 The post Is Greta Thunberg going on hunger strike until Trump is removed? appeared first on ARY NEWS.